With a lucrative contract already in place with a major British Broadcaster, Honeycomb has started transforming the delivery of TV commercials and content by building the world’s Most Agile and Intelligent Data-Driven Video Ad-Fulfilment Platform.

Honeycomb’s proprietary technology will enable the necessary move towards programmatic-style media buying to happen, meaning advertisers will be able to target television consumers in a similar way to how they currently target online consumers.

Already generating between £45k and £65k in revenue per month, another major UK Broadcaster has also just agreed to use Honeycomb’s proprietary solution; meaning this start-up is well beyond proof-of-concept stage.

Created by the Founders of Adstream, the world’s leading ad workflow, management, and cross-media distribution provider (www.adstream.com/about), Honeycomb is looking to leverage an impressive list of relationships in order to transform this global market; that’s worth £1.6 Billion, annually. 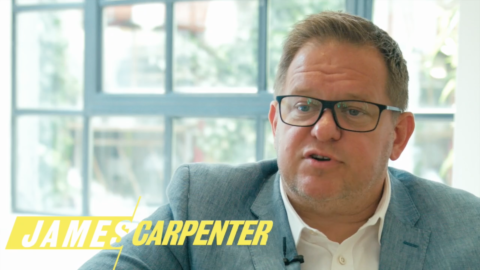 In the online world, most advertising is now bought with programmatic ad buying. Programmatic ad buying automates the process of purchasing ad space across web pages – whilst also, through analytics, helping advertisers work out which ads succeed best for which audience. It is fast, efficient and accurate.

In a similar way, Honeycomb’s clients can use analytics feedback to assign metadata to every ad on the Honeycomb system, meaning that in future, once TV catches up with online advertising in regards to potential audience targeting, ads can be more intelligently matched with relevant viewing audiences.

Honeycomb will be already in place – way ahead of the competition – to supply the data with the delivery speed needed – for a fully converged programmatic TV landscape.

Honeycomb’s key personnel have already invested £1m into the business to build its disruptive and proprietary cloud technology, with a further £870k invested from family and friends.

Their SaaS (Software as a Service) delivery platform is like no other globally.

Devising an entirely new way of looking at the supply chain and its distribution problem, Honeycomb uses a “pull” system to deliver content to TV groups at dramatically lower prices (50% less than the current costs), remove inefficiency from the chain and reduce the chance of human error through seamless automation.

Boasting a “who’s who” of people within the ad delivery and creative sectors, Honeycomb’s management is confident of claiming 40% of the UK’s market share (£15m) within 2 years.

The team is extremely impressive. It includes the former Founder of Adstream; former CEO of Adstream; former COO of Adstream and former CEO of Publicitas Asia Pacific; former Marketing Director of Foxtel Australia; a former Advisor to Google; a former Chairman and CEO of Bates Worldwide and Board Member of Saatchi & Saatchi; former Founder and CEO of Beam; the former Head of Engineering and former Lead Developer of Base79.

Honeycomb has received its EIS Advanced Assurance and is confident of building the business up quickly and exiting within 3-5 years, most likely via a trade sale.

Honeycomb’s management team believes their disruptive product will be an attractive acquisition to any number of Creative Agencies, Telcos, Media companies, or data and content suppliers and distributors.